I am so happy it’s the final Caturday of 2017! This is the weekend everything turns around—at least for me. I’ve added over 4,000 new words to my WIP over the past two days. It feels damned good.

But I’m not snippetting from that today. I’m going back to Jake from A Sunday Kind of Love, one of the novelettes in Be My Love: Two Mature Heroes Tales. This is part of a dream, so that’s why it’s italicized. It’s also a little longer than 6 sentences so feel free to skip it if you want to.

Jake had been thirty-going-on-seventeen, still just a pup at heart, when a guy he knew from session work asked if he’d be interested in rounding out a piano trio. When Jake nodded, Sam said to bring his double bass to their loft. It turned out to really be an audition. He almost hadn’t brought the instrument he’d inherited from his mother and dragged across an ocean and then an entire continent so he wouldn’t starve. He almost hadn’t gone. Even though he played the pronoun game, Sam was definitely in a relationship and Jake wasn’t sure he felt up to the drama of cheating, even with someone that hot. He’d walked in, pulled his bass from its case, turned around to face the Steinway and the small drum kit sitting in the middle of the floor and seen the face of God on the man sitting quietly in a chair across the room. 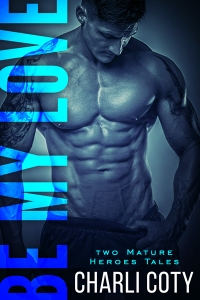 Grab your copy or read free on Amazon KU!

12 comments on “A dreamy little snippet…”