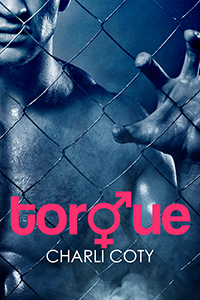 Hi all! Today I’m celebrating with a snippet from Torque, my bi-ace-trans poly love story. The reason behind the celebration? The rights for this story are mine~all mine!~and i’ve released the 2nd edition. So far it’s only available at PayHip and Amazon, but I’m hoping to get it back on all distribution sites soon.

This snippet is from Scotty’s POV, it’s one of the few places where it’s obvious that Mick is Latino. I didn’t play that up with the first release, mainly because it’s not a source of conflict in the story. Now, i’m wondering if that was a huge mistake.

Anyway. This snippet is a little longer than six sentences, so it makes sense.

“No.” He tensed, and his voice sounded final, but he didn’t make any move to get up.

“Do you have some Mexican in you?”

Scotty liked to look at long expanses of brown skin. He almost laughed out loud when he thought that. He’d never given much thought to skin of any color before, except Mercy’s, which was usually the color of blank paper until summer when her shoulders and nose would turn red and then fade into a trucker’s tan. But laughing right then would’ve been bad timing. Not to mention lessen the significance of having a naked Mick in his bed.