Writing & a rec for #QueerBlogWed 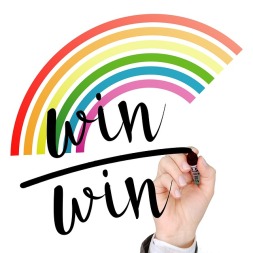 I’m not in a position to travel around the country going to writer’s workshops and cons, but the folks at Manuscript Wish List (@ManuscriptWList) organized one that is completely online. I’ve been attending the Manuscript Wish List Academy this month, the first online event of its kind I’ve been to. I love that I can listen to classes in my jammies and rewind/replay them, because the faculty has a lot of great tips and information to share. I’ve taken classes given by authors and literary agents, listened to editor panels, and learned something in every one.

One class I took was on the blurred line between fiction and memoir. As an author of #OwnVoices fiction I thought the class might be valuable, and it didn’t disappoint. Susan Conley, the speaker, is a creative writing instructor. Among other things, she discussed the “dangling question”. It’s a familiar concept, but I love that term for it!

I usually have a Dangling Question™ in my own work, an event or situation that causes the central tension in the story. It’s the answer to the question: what story lives inside the plot? Asking questions like this isn’t new to me, I usually do it after my first drafts are complete and I’m working to chip away everything that doesn’t really belong in that story. I had never realized, however, that this Dangling Question™ is also the embodiment of what’s at stake for the author in writing the story (and the pivot point regarding whether the story would be better told in fiction or as a memoir, but that’s a post for another time). That was a real “ah-ha!” moment for me.

For example, if you’ve read my novella (as Charley Descoteaux) Buchanan House you know Eric, the main character, is devastated by his grandmother’s death. The plot is his journey from grief to a new love and renewed sense of family. The emotional core of the story–and the Dangling Question™–is his orientation and the weight he’s carried since he came out to his family while in middle school. His is an issue I’ve struggled with throughout my life, but I was able to be more honest in telling his story than I could have been if I’d tried to tell my own.

I’m not going to give away everything about Buchanan House, or the class. I do want to encourage anyone who isn’t familiar with #MSWL and the Academy to check out their website and hashtag. Even if you’re not in the market for an agent there’s a wealth of information there for authors, enough book recs to make your eReader weep, and a community of book lovers.

Where do you go for your “talking about books” fix? Drop a link or a hashtag in the comments and maybe I’ll see you there!

This entry was posted on November 30, 2016 by Charley Descoteaux in Uncategorized and tagged #MSWL, #QueerBlogWed, About Writing, Workshop.